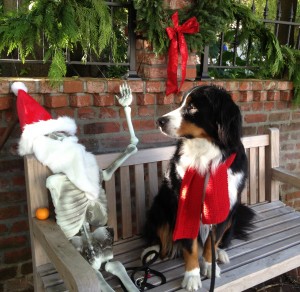 My apologies to all the leaders who I’ve “SCARFED” over the years.

Specifically, I regret my actions that have caused leaders to feel threatened by real or perceived risks to their status.

While listening to this week’s Neuroleadership Institute lecture on status, I started feeling sick to my stomach.

It was a classic case of experiencing social pain as intensely as physical pain, which I know is possible due to my earlier studies. (See What’s your tolerance for pain at work? for more on this topic.)

Here’s why I got that painful feeling, starting with some background.

Status is the “s” of the SCARF model developed by David Rock, co-founder of the Neuroleadership Institute.

The five SCARF domains (status, certainty, autonomy, relatedness and fairness) are the key drivers of social experience. The brain treats these domains with similar intensity as it does physical pain and pleasure.

For many of us, status is a prized possession, whether we admit it or not.  We may not even realize how concerned we are about status because the brain regions most affected are unconscious.

Status is how you rate in your world, comparing yourself to others. For example, you may think you have higher status than your neighbors if you have the best-groomed lawn, the cleanest car or the biggest house.

In organizations, leaders have higher status compared to other employees because of their position, their pay and their perks.

Well, I’ve inadvertently put leaders in danger with my enthusiasm for greater employee involvement, especially to support the implementation of strategic initiatives.

When employees get more involved by offering ideas, sharing opinions, asking questions and taking more active roles, their participation can threaten the status of even the most confident leader.

Besides apologizing for my past sins, I now vow to talk with leaders about how employee involvement can be a benefit for them as well as employees. (In the brain science world, this is known as a “social reward.”)

Leaders who embrace employee involvement show that they relate to others, and are interested in being fair. Since relatedness and fairness are two of the five SCARF domains, this can be advantageous for leaders and employees.

By involving employees, leaders also are helping employees increase their status in the organization. This is the idea of “a rising tide lifts all ships” rather than working in a setting where status is a see-saw.

Why go to this effort?

Status is a critical factor for ensuring general health and survival across species, not just in humans but also baboons and other animals. (Check out the Whitehall Study and Stress in the Wild.)

Just look at the picture of Gustav being spooked by the skeleton above. Who knows how much I threatened his status by making him pose for this picture, in which he’s wearing the scarf I lovingly hand-knitted for him.

The road to good intentions is paved with hell. But that’s not an excuse for my past bad behavior.

I’ll try not to SCARF you or others.