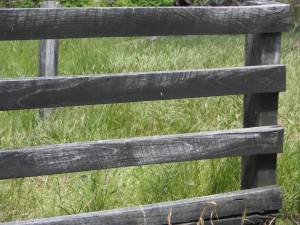 Telling and hearing that ad nauseous when you’re a kid is one thing. What adults want to be subjected to that?

Not me. And not many of my clients and their employees.

But we all should be prepared to get more repetitive messages with the recent release of a new study that says persistent, redundant communication works. As reported in Harvard’s Working Knowledge, the study by Harvard’s Tsedal Neeley and Northwestern’s Paul Leonardi, “How Managers Use Multiple Media: Discrepant Events, Power, and Timing in Redundant Communication,” found that project managers who were deliberatively redundant were able to advance their projects more quickly and smoothly than project managers who were not.

Both sets of managers got the job done, although managers without power moved the team faster without having to resort to as much damage control as managers with power.

But what about results? There’s the rub! Neither group outperformed the other in terms of meeting deadlines or budget requirements.

Results matter! Besides striving to communicate effectively for results, you should make a point to be efficient. As Daniel Markovitz of TimeBack Management noted, the research “simply argues for overproduction.” That’s against LEAN COMMUNICATIONS® principles and practices as well as the environment.

Even before this new study, I’ve been observing a surge in repeat messages, primarily on email and also now on social media sites. How many times are you getting duplicate messages? Sometimes, the message will say “Gentle reminder.” Other times, it’s a resend of the exact same message, sent just days earlier, or sometimes hours earlier.

Yes, when we’re requesting individuals to take action, we need to cut through the clutter and get people’s attention. But with all of the repeat messages, we’re just contributing to the information overload and wasting time and resources.

So rather than fully embrace the results of this study, think about others rather than yourself before you start repeating. Put yourself in your customers’ shoes and communicate with them on terms and timing that’s relevant for them.

For example, if you’re communicating with team members, find out the communication preferences of each individual and honor those preferences to the extent that you can. In other words, call the people who like to talk on the phone. Text individuals who have turned off the ringer of their cell phone yet have an unlimited text message plan. If you physically can, stop by the cube of team members who like in-person gatherings. Yes, it’s more work for you, but it pays off, especially if you’re clear. You’ll earn more respect from your team members. And they’ll respond better and faster.

You may still need to reinforce critical messages. The rule of thumb is generally people need to hear something about five times before it sinks in. The reasons are varied. Individuals may not be paying attention. They may not want to hear the message because it rocks their world. Or, the message is so complex that it takes time to grasp all of the implications.

Reinforcing though is different than repeating, especially when you take the time to ask people what they think and converse with them. Yes, you may repeat yourself during a conversation; however, you’re engaging with others to build shared understanding. You’re not hitting someone over the head with the same message and running the risk of boring them.

If you do need to emphasize a point, call it out. For instance, on a recent US Airways flight, the flight attendant announced over the intercom to the passengers who had just boarded, “At the risk of being redundant, I need to tell you that you must now turn off your cell phones and any other electronic devices.”

That clear request got my attention and the action he wanted.

What are you doing to communicate clearly the first time to get compliance?