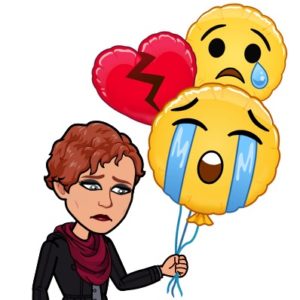 The New York Times headline Happiness Won’t Save You grabbed my attention as soon as I spotted it on my phone late last month.

Before I even read the subtitle “Philip Brickman was an expert in the psychology of happiness, but he couldn’t make his own pain go away,” I knew the article had to be about my boss from college days and I started to cry.

Phil Brickman was a social psychology professor at Northwestern University and the lead author/researcher on the study “Lottery Winners and Accident Victims: Is Happiness Relative?”

During my freshman and sophomore years, I had the amazing experience of being a work-study student in his office as part of my financial aid package.

Since then, Northwestern always has been high on my gratitude list for its comprehensive financial aid package. And, I’m even more appreciative for Phil and his influence on me, which has been priceless. It’s why I regularly recall this kind, thoughtful, brilliant man who killed himself 38 years ago at the age of 38 in the prime of his life.

Even though Phil’s name is not all that well known, he made an outsized impact on so many people around him as well as the field of psychology. Now thanks to Jennifer Senior’s extensive interviews and beautiful writing for her New York Times article, more are learning about him and his ground-breaking work.

For instance, “the hedonic treadmill,” “Models of Acceptance and Coping,” and “Acceptance and Commitment Theory” all have Phil’s imprint on them. His lottery study also has swayed the field of positive psychology. And Phil influenced a number of social psychologists who studied under him as well as conducted research with him. (If you’re interested in learning more, check out the 2020 dissertation “A Psychobiography of Philip Brickman: The Life, Work, and Human Concerns of a Social Psychologist” by Benjamin Wegner.)

When I worked for Phil, I was focused on studying journalism and becoming an investigative reporter, not becoming a psychologist. However, the topics he was researching and his take on them were so engaging that I got hooked.

Phil’s influence on me extended way beyond my work-study responsibilities. Five of my favorite life lessons I learned from observing him are:

Besides being an amazing teacher and mentor, Phil was a great boss. He trusted me with important tasks and gave me considerate and direct feedback to help me improve.

After all of these years, I still miss him. I regret losing touch when he left Northwestern for the University of Michigan. And I think about him often and wonder: What have he and we missed with him not around?