3 signs of a shaky work structure; act before it’s too late 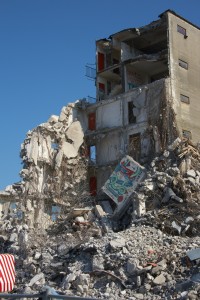 A whole lotta shakin’ is going on in northern California this year—at least in Silicon Valley—to paraphrase Jerry Lee Lewis. And we’re not talking earthquakes.

The management moves that Google, Apple, and Hewlett-Packard announced created a buzz with the traditional media, the blogosphere, and the Chatterati. Yet, if you step back and analyze the changes in context, they are hardly surprising.

For example, Google’s leadership troika had been in place since 2001—almost 10 years of the company’s 14-year existence. Steve Jobs has a history of serious medical problems so another medical leave is not out of character. And HP has a new CEO, which often means a change in guard for the board of directors. (Of course, the situation leading up to the new HP CEO is rather unusual, but that’s not the point of this post.)

These organizations are sanctuaries of stability compared to a former client of mine. In the past four years, one of its staff functions has churned through eight directors by my count. Yes, an average of two directors every six months!

The collateral damage this revolving door is creating is staggering. The recruiting and severance expenses. The lost productivity. The weakened company reputation.

While I hope this company’s situation is extreme, there may be more wobbly organizational structures out there than we think. For example, in the down economy the past few years, many organizations have made minimal or no investments in their talent, infrastructure, and other resources.

Employees have noticed and are taking action. In a recent Right Management survey, 84% of those polled said they plan to look for new jobs in 2011, up from 60% a year ago. Only 5% now say they intend to remain in their current position.

So what are the signs that your work structure is shaky? Three key indicators are:

1. Multiple turnover (two to three individuals) in a three-year period. The rule of thumb for those of us who work in organizational design is this level of turnover (two to three individuals in the same job in a three-year period) is a sign that a problem exists with the organizational structure or the job design, not the hires. (For example, several of the former directors of the company in question now work at more prestigious companies in more responsible jobs.)

2. Rejections from potential job candidates. If you can’t entice high-caliber people to talk with you about job opportunities, your work setting may become unsustainable. For example, the company with the churn is unable to attract a good crop of candidates—including people who are looking for work— because outsiders have told me they view the company as an undesirable place to work.

3. Frenzied, unfocused work environment. If at the end of your work days, you’re lamenting missed deadlines, opportunities, and meals, you may be working in a toxic environment. Also, if you and your team spend your days reacting to the crisis of the moment, rather than carrying out your plans, your performance on all levels—individual, team and department—is likely to be sub-optimal. You’re comprising consistency and continuity. The work processes you’re using with your current organizational structure are out of sync.

So what do you do? You can’t ignore the signs as the symptoms and the problem will only get worse. You’ve got to address the problem head on by identifying the root cause and treating it, rather than the symptoms.

In my experience, shaky structures are similar to families. To paraphrase Leo Tolstoy, strong structures share similarities; shaky structures are different in their own way. So you can’t prescribe a cure until you take the time to diagnose the disease—which is one of my favorite things to do for organizations that care about their people, their performance, and their reputation.