Why my mail-in vote needs a witness to be counted 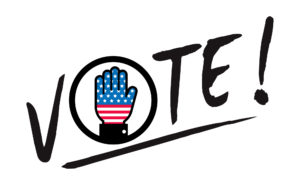 Voter suppression is alive and well in the state of South Carolina where I live.

Normally I don’t write about political issues, but these aren’t normal times.

Three issues are at stake and in danger of eroding:

On Oct. 5, a few days after the state had started sending out absentee ballots and about 18,000 individuals had already voted, the United States Supreme Court weighed in and stirred the pot, muddying the waters.

The country’s highest court agreed with the South Carolina Republican Party to revert to the traditional way of voting by absentee ballot, according to reporting by The Washington Post. A 1953 state law introduced this practice in an era when South Carolina still maintained segregated schools and other discriminatory actions.

The alleged purpose of this 67-year-old law is to prevent voting fraud. However, it also makes absentee voting more cumbersome – which already is discouraged unless you have a “legitimate” reason for not going to the polls in person, which is the opposite of what I experienced in California. Yet, during a pandemic, many voters, myself included, prefer to vote by absentee ballot rather than standing in line at a polling place.

South Carolina voters who want their mail-in vote counted must swear to an oath printed on the ballot’s return envelope. As a voter, you need to sign the oath to confirm your voter eligibility and the fact that it’s your personal ballot enclosed in the envelope. Then you need to get another person to “witness” your absentee ballot by signing below your signature and writing in their address.

For the June primary election, during the height of Covid, the state lifted this witness requirement as well as allowed absentee ballots for any reason. That certainly made it easier to vote by mail as a health protection.

Now with the election just four weeks away, those of us who have applied for but not yet received our absentee ballot face three potential challenges for ensuring our vote counts.

First, we have to wait to receive our ballot in the mail. We do have the option to travel to a state-run election office or other sanctioned locations in advance of Nov. 3 to vote in-person. (This state has very limited public transportation, so driving is the optimal way to get to many places, which also hinders some people’s ability to vote.)

Then, if we’re voting by mail, we need to find and ask a witness to sign our ballots, which is a disadvantage for those living alone.

Finally, we’ve got to mail or drop off our ballot at a designated box on or before Election Day on Nov. 3. Like many in the rest of the United States, we’re experiencing slower postal service due to the unusual actions of the current Postmaster General. So it’s unclear how long it will take for the ballots to travel from the Post Office to the State Election Board.

It’s also unclear whether two other groups will have their vote counted: 1) those who’ve already mailed in their completed absentee ballot and 2) the more than 100,000 who have received their absentee ballot yet haven’t mailed it.

Here’s the wrinkle, which makes the voting process incredibly confusing this year. Only those absentee votes received within two days of the Supreme Court’s order – by Wednesday, Oct. 7 – will be considered legitimate votes. All completed ballots received by mail after that date will be rejected for failing to comply with the witness requirement. Who knows if they have any recourse to get their vote counted?

Keep in mind that South Carolina voters are choosing not only between the two presidential candidates, but also between two US Senate candidates, the incumbent Lindsey Graham and the challenger Jaime Harrison. Polls show the US Senate race between Graham and Harrison tied so every vote counts.

Of course, we do have an option to go to the polls on Election Day, Nov. 3 and show our voter ID card. (Would you believe the card includes our race in addition to our name and address? Yes, I’m a white female.)

But with the state’s seven-day average for the percent of positive Covid tests running at more than 14% right now, who knows what it could be in a month when the weather gets colder and flu season begins?

And for now, there is one other positive: we’ve still our First Amendment Right to speak out about this sad state of affairs as our democracy and our health both feel like they’re in decline. And we can encourage every registered voter to follow the rules, no matter how confusing, and cast a ballot.

We also must keep hope as the late Civil Rights leader and US Representative John Lewis would want us to do. His advice was: “When you see something that is not right, not fair, not just, you have to speak up. You have to say something; you have to do something.”

I’m voting, and I’m helping others do so too, especially if they need a witness, so our individual votes will count. How about you?