Want to be a clearer, kinder, and more memorable communicator? Commit to the “rule of 3” 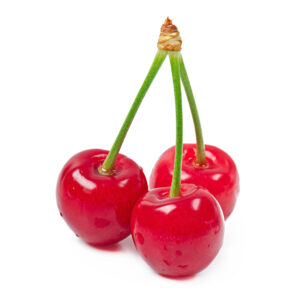 Talk about a trifecta for those of us who love groups of three!

Earlier this month, three large companies – GE, Johnson & Johnson, and Toshiba – announced they were going to break themselves apart. GE and Toshiba are splitting themselves into three different companies and J&J into two.

This is another example of the “rule of three” in action. This rule dates back to Greek rhetoric and continues to be popular with screenwriters, speech writers and businesspeople, especially marketers. Consider these three examples: “Government of the people, by the people, for the people” from Lincoln’s Gettysburg Address. The 1989 movie, “Sex, Lies, and Videotape.” And Microsoft’s growth-mindset based framework for its leaders, “Model Coach Care”

When you limit yourself to three things, such as as three ideas, three examples, three sections, three features, three reasons, three time periods, etc., you make it easier for your brain and others’ brains too. Here’s why, as I explained in my Forbes article, Three Brain-Based Tools To Create Clear, Coherent And Action-Oriented Messages:

If you think this guidance is to help just the message recipients, think again. Have you noticed how many senders of messages have to pause when they’re trying to remember a lengthy list of pointers, competencies, and other “important information” that they want to share with you?

That’s why the “rule of 3” is so valuable for crafting messages. You’re being “essential, not exhaustive” as David Rock of the NeuroLeadership Institute advises. You’re doing everyone a favor, although you do assume responsibility to honor the content you’re sharing. That includes representing it accurately.

When you’re essential, not exhaustive, you’re synthesizing material rather than shoveling out stuff. You’re selecting the high priority, meaningful information to share, ideally using the rule of three.

As a result, this synthesis is your way of interpreting key information. Your intent is to help people see the big picture, understand the context, and connect the dots among the disparate pieces. You also may describe actions they need to take or might want to consider taking, if action is optional. Also as a synthesizer of essential information, you may find you’re sharing your point of view, which becomes your “value add.”

Now, some may think that practicing the rule of three makes a person into a gatekeeper. However, you’re not controlling access to information. That’s because individuals can always search for it on their own. It’s up to them to decide whether they have the interest, desire, or motivation to search for more details.

By using the rule of three and synthesizing, you’re doing the heavy lifting of cutting through all the clutter and presenting a clear message. And if anyone disagrees with your point of view, they can go back to the source material and create their own version.

In your synthesis, you also can point out the other details and the back story, which helps people see and appreciate the many additional nuances they may want to delve into later.

When you commit to the rule of three, you’re a helpful guide who’s clear, memorable, and action-oriented.