How will your CEO deliver on the demands the public is making? 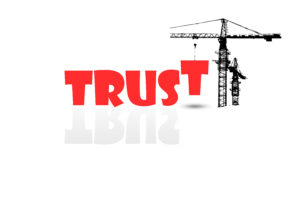 Remember this April 2015 tweet? “There is a third political party emerging in this country called: ‘CEOs’.” — Salesforce CEO Marc Benioff.

Who knew what would happen in 2020? Now the public is putting its trust into businesses and requesting CEOs to step in and fix problems governments either ignore or botch.

Six years ago, Benioff and just a few other CEOs were activist leaders taking sides on social issues as well as acting to support their organizations’ values and their employees.

Fast forward to today with increased societal concerns and fears all around us. Across the globe, individuals are dealing with multiple pandemics (health, economic, social inequities, and climate), exacerbated by Covid-19, plus widespread misinformation.

In response, many have shifted their priorities, interests and expectations over the past 12 months. And they’ve also reevaluated who’s trustworthy on many of these societal issues. It’s definitely not the government.

Instead, business is now expected to fill the void, according to the 2021 Edelman Trust Barometer. Business “seized the high ground of trust by proactively developing vaccines in record time and finding new ways to work.”

Worldwide, business is now the most trusted institution and the only one that the public views as both competent and ethical. (In the 2020 Trust Barometer, respondents viewed business as competent, but not ethical.)

With this widespread mistrust of institutions, people are making more demands of CEOs. More than 8 in 10 survey respondents said they want CEOs to “speak out on important social issues, such as the pandemic’s impact, job automation and societal problems.”

The CEO role is larger than speaking out. For example of the survey respondents:

Also, trust is stronger closer to home. For example, respondents rated “my employer” (76%) and “my employer’s CEO” (63%) as more trustworthy than “business” (61%). Also noteworthy, “communications from my employer” is the most trusted source of information (61%), leading the national government (58%), traditional media (57%), and social media (28%).

And in the US, this trust extends across party lines. “My employer’s CEO” is the only societal leader trusted by both Trump voters (61%) and Biden voters (68%).

How can businesses step up to address these new expectations? Based on my experiences and the data from this 21st Edelman survey, I suggest:

1.Familiarize yourself with Edelman’s results, including the differences in reactions between the two groups of respondents: “informed public” and “regular.” Note that even informed individuals don’t always practice “good information hygiene” as Edelman calls it. Besides engaging with the news, good info hygiene involves avoiding echo chambers, verifying information, and not amplifying unvetted information.

2. Recognize that employee priorities have changed and could continuing changing in 2021. In the fall when this survey was conducted, employee safety was one of the top priorities, which has implications for return-to-worksite plans. Another important priority is speaking out when seeing the need for changes and reforms.

3. Ask your employees what their priorities are if you don’t know. Also, probe their sense of urgency about addressing these 8 foundational problems, as outlined in the Edelman results. These rank from most important to least:

4. Determine which one, two or three social issues you’re going to support and develop a plan with metrics to guide your actions. Ideally these issues should have strong connections to your business, employees and their interests, the customers and communities you serve, your organization’s values, and your CEO’s interests. The organization, leaders and other spokespeople will be more likely to build trust if they can make clear connections for everyone.

5. Make sure you take meaningful actions, including ensuring that leaders and others are role modeling the commitments they’ve made for themselves and the organization. One of the fastest ways to lose trust, credibility and good will is to say one thing and do another. You can build confidence in yourself and others by making sure your words and actions match and you role model the change you want to be.

And if your organization and leaders prefer to stay on the sidelines rather than take active roles and actions in politics and societal issues, state that preference.

However, be prepared that you may be pulled onto the playing field. Consumers and employees are becoming more empowered to use their voices and press for bold actions.

Do you want to join these key stakeholders as a force of change, or try to stay on the sidelines?