How to stimulate your thinking to be “future-ready” 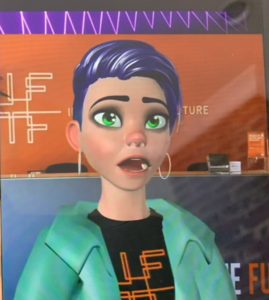 “Pessimism is a luxury for a less urgent time,” observed Amanda Ravenhill, the Executive Director of the Buckminister Fuller Institute, speaking about Urgent Futures: Climate Change.

At last week’s Institute for the Future’s Ten-Year Forecast 2020 virtual conference, Ravenhill stressed the necessity to move from apathy to possibility. Individuals need to feel they have the potential and agency to create positive change.

Her message resonated for those of us who had watched Urgent Futures: Futures after the Fires on the conference’s first day of live streaming a couple of days earlier. Two climate experts, Dr. J. Nichols, author of Blue Mind and Diego Saez-Gil, co-founder and CEO of Pachama, shared their experiences.

Yet their stories weren’t about Pachama’s role in harnessing artificial intelligence to drive carbon capture and protect global forests or about the science that shows “how being near, in, on, or under water can make you happier, healthier, more connected, and better at what you do.”

Instead, their urgent stories were much more personal and heartbreaking. The homes of both men had recently burned to a crisp in the California wildfires. And they were still struggling with the scope of the losses for them and their family.

Their willingness to talk about an event still so raw was impressive and highlighted the pressing need to grapple with the future.

The theme of the 2020 ITFT conference was “future-ready organizations.” And climate change was one of two topics tapped as urgent. The other was equity, specifically racial equity, which is related to climate.

We all live on the same earth, which is destabilizing and degrading, as another speaker noted. And we’re destined for a future that will also be more divisive around equity unless we make a concerted effort to acknowledge all of the interdependencies in our systems.

We also need to recognize that humans value safety and fairness, both of which seem in short supply during the pandemics we’re experiencing. So we need to make changes.

This is where future-ready individuals as well as future-ready organizations come into play. To prepare for the future, we need to learn to think about the future in purposeful, systemic and creative ways, several of the ITFT speakers said.

For example, we need to develop and use anticipatory systems to: 1) detect signals that pose threats,  bring opportunities, or will affect us in other ways, 2) respond by first understanding the implications and starting to plan, and 3) react according.

One signal out there are the “pandemic pods” that families have formed to keep their families safe while making it easier to carry on with the lives, especially for educating their children. The pods can include friends and neighbors with children of similar ages.

The pods are actually becoming a new consumer segment for arranging for school services, entertainment and meals. While pods provide a level of safety, security and consistency, especially for education, they also create greater social divisions since few families can afford such a high degree of customized services. So what happens to equity?  And if you’re an employer, do you have a point of view about pods in your organization?

Another way to prepare for the future is to tap into three different mindsets on your own or with colleagues: managerial, entrepreneurial and visionary. All three have a different time orientation. Yet if you connect them, you’re better able to expand your “temporal view” to look for and see signals of change.

The three mindsets also can help you imagine what can happen, including the unthinkable.  As a result, you and your organization will be better prepared to cope with shocks, either external or internal or both. You’ll also increase your understanding of the markets and environment in which you operate. And by engaging with this uncertainty as well as testing your assumptions, you may become motivated to take tangible actions to prepare for the future.

A more engaging way to get future ready for some is to play the game The First Five Minutes of the Future, which Jane McGonigal designed for the conference. We started each day with a difference scenario, thinking and feeling as specifically and vividly as possible about something that’s somewhat plausible, even though it hasn’t happened yet. Our final move of the game was to think about at least one action we could take immediately to prepare. (This link has all five scenarios plus the game’s instructions.)

On a personal note, taking part in this annual conference was an amazing experience, especially during this year of uncertainty.

For years, I’ve always wanted to attend ITFT’s conference, held near its Silicon Valley office. But the week-long conference is a big commitment of time and money, even when I lived in the East Bay, just a couple of hours north.

This year the conference was virtual and free, which motivated me to clear my calendar as much as possible. But it was hard to sit through six hours of daily content for five days in a row. Watching a screen for that long of a stretch is exhausting, especially when there’s minimal interaction.

The content was compelling, which helped me overcome two obstacles. One, the brain’s natural bias is to latch onto the immediate instead of the long-term, which makes thinking about the future more difficult. And two, it’s challenging to remember information delivered like a fire hose. (It’s easier to absorb and recall material chunked into short segments and spread out over several days.)

But I got the message. The future is barreling down on us. We humans and virtual beings powered by GPT-3, who served as one of the conference emcees, need urgent optimism to get ready for it. See what I mean by watching these video highlights from the conference.