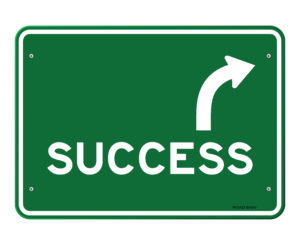 How intentional are you these days with your speaking and your signaling?

I’m not referring to virtue signaling, which means showing your good character or moral position on a particular issue.

Instead, this is about basic communication: signaling instructions or changes in direction or both. These are the fundamental road signals of business communication. They are crucial to drive understanding and commitments.

What if you as a business leader used signals that were as effective as the U.S. road system? Wouldn’t it be easier for employees and others to understand what you and other executives were talking about and then follow your lead?

For example, I keep getting flashbacks to the 2006 book, The Hitchhiker’s Guide to Lean: Lessons from the Road by Jamie Flinchbaugh and Andy Carlino. This passage especially resonates with me:

“Each day 100 million Americans drive at high speeds in heavy pieces of equipment over varying road conditions. They survive with amazingly little incident. It may not seem like it, but the roadways are quite successful given the sheer magnitude of opportunity for failure. It is fair to say that drivers have high agreement about the goal: get to the destination as quickly and safely as possible….There is not chaos because everyone agrees on the “how’s”: drive on the right side of the road, red means stop, and do not cross the double-yellow line, for example. In reality, 100 million drivers never sat in a 12-hour planning meeting together, nor do they report to the same boss; but they are able to navigate the nation’s highways with less chaos than most 50-person departments.”

Just think about your organization and all the teams you’re on and you lead. How clear are you and team members about what’s going on and what you expect of each other?

For example, over the past couple of months as I’ve been conducting a number of focus groups and one-on-one interviews, I keep hearing similar comments from employees from various organizations around the country:

In these situations, you could cut the amount of ambiguity and degree of disconnects with a knife. They hang like a thick cloud of fog over peoples’ heads.

Leaders need to speak with clear intent. Focus on these four elements:

1.Succinct—make every word you use count. To be succinct, you need to think before you speak, determine your core message, and use as few words as possible. This may mean editing yourself before you open your mouth. When you’re succinct, you improve your chances of getting peoples’ attention and keeping it without them zoning out.

2. Specific—provide relevant, precise information.  You need to be exact, rather than speaking in glittering generalities. For example, don’t just say “I’ve got it under control;” say, “I spoke with Pat, Chris, and Terry. We’re meeting at 2 pm and we’ll be back to you by 4:30 pm with our plan of action.” This precision shows competency and reliability.

3. Sincere—connect personally. Take the extra step to be personable to show you’re human, you can relate to others, and even better possibly express humility. That helps people relate to what you’re saying. For example, you may want to acknowledge that you’d like to share the two-hour movie version but you know everyone wants just the 60-second video.

4. Signal­—explicitly indicate what you mean plus what you want and expect. For example, use expressions such as, “Let me give you an example of what I mean;” “Here are three things to pay attention to:” and “My ask of you is to …..” Phrases like this help you grab people’s attention, get them to focus and direct their attention to understand certain points and take precise action.

All four combined ensure that you can drive messages home in a credible manner.

Knowing about “SSSS” (succinct, specific, and sincere with signals) and consistently doing it are two different things. You have to practice, and even then, it may not come naturally.

Yet, once you start revving up SSSS, you’ll be cutting through clutter, gaining people’s attention, and starting to cruise toward progress. How does this sound to you?