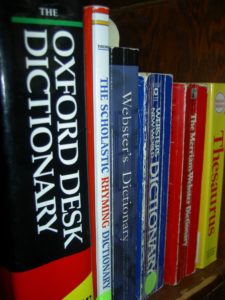 When a colleague recently asked me this via email, I paused. Hardly what I was expecting.

The pause was useful on two fronts.

First, it made me stop and wonder, rather than continuing on autopilot – which is a great way to jump start your thinking and improve its quality.

Second, it caused me to reflect on the meaning of “assumptions” and “biases.” These words greatly influence our critical thinking, the decisions we make and other actions, especially in our “post-truth” world.

So why should you care what  “assumptions” and “biases” mean and how to deal with them?

Let’s first consult the Oxford Dictionary. (That’s what you’d expect me to do, if you knew I trained to be a journalist, right? Your assumption is correct. Professionally-trained journalists believe in and practice fact-checking. )

“Assumption” is a “thing that is accepted as true or as certain to happen, without proof.”

From a practical perspective, the assumptions you hold and use save you time and preserve your energy.

On the plus side, assumptions help you work faster with others.

On the down side, if you don’t take time upfront to clearly articulate your working assumptions and agree to them, confusion and maybe even chaos ensue.

Problems also can arise if you don’t challenge the assumptions you’re following, especially when either the external or internal environment or both is changing quickly.

For example, take meetings. If you’re like most of us, when you’re either in the role of the meeting facilitator or participant, you’re operating with a number of assumptions.  Who’s invited. The standing agenda. The time the meeting officially begins. Where people sit. That a participant’s silence means agreement. How long the meeting lasts.

As an outsider who often helps groups improve their meetings, I find that most assumptions exist under the surface.

If the assumptions aren’t out in the open with everyone understanding and agreeing to them, the hidden assumptions contribute to suboptimal meetings and potentially other problems too.

The lesson? Articulate the assumptions you’re using – in writing. Then get agreement with others, and revisit the assumptions regularly. How often you review and challenge them depends on the situation and the speed of change in your organization. But it could range between once a quarter to once every two years.

Or as the late TV writer and filmmaker Jerry Belson wrote for some of his characters – which is easier said than done — “Never ASSUME, because when you ASSUME, you make an ASS of U and ME.”

As for “bias,” the Oxford Dictionary defines bias an “inclination or prejudice for or against one person or group, especially in a way considered to be unfair.”

A better definition for the work world is the broader definition found in Dictionary.com:  “a particular tendency, trend, inclination, feeling, or opinion, especially one that is preconceived or unreasoned.”

Please note that by going to another source, I’m expanding my information collection, not cherry-picking the evidence that best supports me.

Nevertheless, bias is a tricky issue since bias is built into our brains, namely our unconsciousness. As one of my neuroscience professors, Dr. Josh Davis, often says, “If you have a brain you’re biased.”

According to Josh, the Director of Research for the NeuroLeadership Institute, scientists have identified more than 150 types of biases. The Institute has categorized these into five buckets, named the SEEDS™ Model:

The lesson? From a practical perspective, our biases can help us make quick decisions with minimal effort. But biases also can thwart us from considering new information – even facts. As a result, even when you’re aware that the human brain is biased, you may have difficulty overcoming your biases.

And let’s face it, many people either don’t know the brain is built this way Or, if they do, they don’t want to admit that they themselves are biased. Please be especially wary when you hear someone say something like: “I’m not biased. So here’s what’s going on….”

The more effective approach for dealing with bias is to adopt countermeasures, according to the  NeuroLeadership Institute. Well-designed processes help mitigate potentially poor decisions that unconscious bias can cause. For more on this, see Bless your biased brain! and How to admit to a biased brain and overcome the backlash.

However, you also can make assumptions steeped in biases that may prevent qualified employees from having important developmental opportunities, such as: “Assumed: Only Vice Presidents should facilitate meetings.”

That’s why it’s important to be both self-aware and mindful of your surroundings. You also should frequently challenge your thinking, especially in our VUCA (volatile, uncertain, complex and ambiguous) world.

For a deeper dive into these issues, check out the instructive book Weaponized Lies: How to Think Critically in the Post-Truth Era by Dr. Daniel Levitin, the neuroscientist, cognitive psychologist, and bestselling author.

Meanwhile, how are you avoiding sloppy thinking?