How to be relevant while privileged 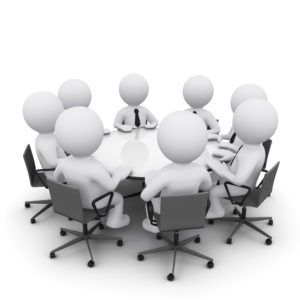 “I rise to a point of personal privilege.”

That sentence was my first formal exposure to privilege back in high school. I was clueless about the broader definition, even though I was a beneficiary.

Yet what about the more crucial meaning of privilege? I have no memory of when I became aware of all those special things that give one an advantage in school, work, and society. Nor can I recall when I started to recognize and acknowledge that I am a person of privilege.

Not surprisingly – which is the case for most of us – it’s easier to recognize privilege in others. And I certainly became aware of the privilege of white males, starting with General Henry M. Robert, the U.S. Army Engineer officer who started studying parliamentary law in civic and church associations during the time of the Civil War. (He first published Robert’s Rules of Order in 1876, now in its 11th edition.)

While the meeting principles Robert advocated about fairness are still pertinent today, his writings and his processes are old-fashioned. They reflect his hierarchical military training and support a patriarchal society, which is still with us today.

In 2019 white privilege, as well as white male privilege, continues to be ingrained in schools, organizations, government, and all aspects of U.S. society, which only helps a percentage of the population.

The researcher and educator Peggy McIntosh, who’s widely known for her 1988 and 1989 white papers on privilege (note: white, not black or brown, papers), White Privilege and Male Privilege: A Personal Account of Coming to See Correspondences through Work on Women’s Studies and White Privilege: Unpacking the Invisible Knapsack, described white privilege as “an invisible weightless knapsack.”

This “knapsack” carries “special provisions, maps, passports, codebooks, visas, clothes, tools and blank checks” that you use to travel through life without having to apply much additional effort.

Looking back at my high school experience, I see how parliamentary procedure was a valuable provision in my knapsack. For example, after winning the state competition, I traveled from Oklahoma City to the Fontainebleu Hotel in Miami Beach where we competed at the national FBLA conference. By contrast, many of my high school classmates had never left the state.

This experience along with my range of other extracurricular activities and summer jobs helped distinguish me on college applications. Northwestern University not only admitted me but also granted me a comprehensive financial aid package. Again by contrast, not even half of my fellow high school graduates went on to a four-year college, and only about six of us went to school out of state.

My Northwestern education and experiences catapulted me into a totally different world. For many years, I lived and worked in large metropolitan areas across the country.

For the past five years, I’ve been in Charleston, SC, with its rich history of plantation owners and enslaved workers. The distinctions between “white privilege” and “other” can be strong at times, especially now that many Americans have become more “woke” to what privilege means and the impact it has on people’s lives.

Even so, many of the white Boomer men – and some women too — I interact with still seem clueless to the privileges they enjoy. For example, these benefits include experiencing financial security; living in a safe community; having positive relationships with the police; jumping to the front of lines at stores; not feeling a need to say “please” or “thank you”; serving as authority figures within the community; and the list goes on and on.

When you’re not clued into your privileged state, it makes it harder to understand and empathize with others, especially those of a different race, nationality, economic status, and other differences.

And in work settings, the lack of self-awareness combined with the lack of empathy can be problematic especially when you’re a leader with privilege.

To be an effective and relevant leader in today’s VUCA (volatile, uncertain, complex and ambiguous) world, you need to demonstrate you can manage yourself, adapt, and collaborate.

Leading others involves successfully connecting with them, including making them feel safe around you to speak up, suggest new ideas, try new things, etc. That’s hard to do for them to do if you’re in a bubble surrounded by your privilege.

As a first step, if you haven’t already, you need to name and acknowledge your privilege to ensure you’re staying relevant.

You next need to leave your bubble. Get out and about in different groups. Observe. Ask questions. Learn about others’ experiences and try to understand things from their perspective. This “perspective taking,” or trying to walk in others’ shoes, can help you become more aware and empathetic.

Coming to grips with privilege isn’t easy. Yet naming it and then being curious, courageous and committed can get you started on this never-ending journey.