How to be more impressive than ChatGPT? Share your heart, soul, and quirkiness 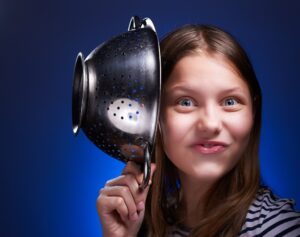 Have you met ChatGPT? If not, introduce yourself and start chatting with this impressive AI system from OpenAI.

Based on my initial experiences, I’d consider adopting ChatGPT as a new writing assistant. It has potential as a useful sounding board. I queried it about several topics, which gave me directional guidance for writing. But I’m not ready to trust it as a head writer.

While ChatGPT can hold its own in a conversation, it was hard to establish rapport for a couple of reasons. First and foremost, ChatGPT is extremely popular right now and has become a bit sluggish at peak times. That’s the downside of millions of users helping test the latest free research preview that OpenAI has released.

Second, ChatGPT does not share my love for the masterful Southern playwright Tennessee Williams, which makes me question the bot’s commitment to excelling at story telling. At least that’s how I interpret ChatGPT not knowing top of mind that Maggie and Brick are the two main characters in Cat on a Hot Tin Roof. (To ChatGPT’s credit, it asked for context. After I provided the name of Williams and his award-winning play and movie, ChatGPT then could draw upon the references credibly.)

On the topic of business communication, ChatGPT wasn’t born the previous day. Its answers to my questions were clear, concise, and thorough enough, especially for 200 to 300 word answers. For example, here’s the response to my question: What is the more effective way to communicate, direct, indirect or some other way?

Direct communication is clear, honest, and efficient, making it a good choice for conveying information, solving problems, and resolving conflicts. It is also good when the message is sensitive, urgent or important.

Active listening, which is a way of paying full attention to the person who is speaking and understanding their perspective, is an important aspect of effective communication. It allows the listener to fully understand the message, which can help to avoid misunderstandings.

Empathy is also an important aspect of effective communication, as it allows the speaker to understand the feelings and needs of the other person, and respond accordingly.

ChatGPT’s answers to my other questions about writing complaint letters and apologies were also accurate. (They can’t be considered conscientious since AI is operating without consciousness for now.)

As for its response to my query on the best way to make a call to action, the answer was adequate for what it was – namely directions on how to get someone to click on the appropriate button on a website, such as “buy,” “subscribe,” or “download.” However, we humans are always asking other humans in face-to-face interactions or via print, video or other channels to do something, and those calls to action require different ways of persuading.

Yes, these answers and others were serviceable. They’re also admirable considering the speed and extent to which AI is advancing. Yet they lack a certain something, specifically the heart, soul and quirkiness of real human beings. That’s why ChatGPT and other AI tools should keep their supporting roles. They’re not yet ready for prime time. And they’re certainly not prepared to replace us humans.

When we humans tap into our emotions and drop the business speak, we can rival any fictional character — and definitely outshine an artificial bot – with our heartfelt pleas. Take the Graza CEO, Andrew Benin, who can teach ChatGPT and the rest of us how to pen a sincere apology. Wall Street Journal writer Ben Cohen, who also writes better than any bot could, gave a master class in why and how Benin’s 835-word corporate apology works so well in his WSJ article, One CEO Said Sorry, And Shoppers Believed. This “learning from our mistakes” email with its typos, misspellings, and raw feelings got customers and others to pay attention and take action.

The other lesson to learn and practice? Accept help from technology but reject sanitized results if you want to cut through the clutter. Instead, dare yourself to be human. Speak from your heart, be real, and don’t hide your quirkiness.