How to be compassionate: ditch resolutions for habits 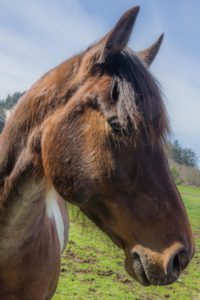 Have you seen this goskills.com headline?

Those six words and numbers triggered sharp pains simultaneously in my brain and stomach immediately after reading them.

Before crawling into a fetal position, I got my bearings and instead stood tall, feeling relief and joy as well as compassion for my brain.

Why? This January marks seven years of freedom from New Year’s resolution, which has been life transforming for me.

If you still make New Year’s resolutions, consider ditching them and building habits instead.

As more than 42,000 people and I have discovered over the past seven years thanks to Tiny Habits, the brainchild of Dr. BJ Fogg, you can change your life for the better by learning the skill of building habits.

Habits are naturally brain-friendly, learned behaviors. Once you get the hang of them – in about five days if you take BJ’s free online course – you can do your new habits quickly without thinking. They become an automatic behavior that resides in your unconscious.

Back in December 2011, I signed up for BJ’s course the second week he offered it. I had been trying to develop a habit of flossing my teeth with no luck. Within three days, I nailed the habit and have been flossing my teeth at least once a day every day for the past seven years.

The Tiny Habits experience was transformational on several levels. Not only did I adopt a valuable habit,  but I also then studied the brain-science of habits which has qualified me to teach, coach and write about how to build habits. For example, check out my Forbes.com article Don’t Make Resolutions, Build Habits Instead.

What’s the problem with resolutions?

From the brain’s perspective, resolutions are big, bold actions that consume a disproportionate amount of your brain’s energy.

First, you’ve got to expend valuable mental energy to decide what resolutions you want to make.

Next, you have to devote energy and time thinking about how you’re going to convert lofty, conceptual goals (such as lose weight, get finances in shape, learn a new skill, revamp career, etc.) into practical, tangible steps you can take.

Then you’ve got to figure out how you’ll motivate yourself and set the steps into motion.

And if you get this far, it can still be way too hard to remember what actions you need to take, in what order and when. By the way, the difficulty level soars even more if you’re also trying to juggle other priorities that take brainpower and if you haven’t adjusted your environment to support your new resolutions.

At this stage, it’s easy to get frustrated and stop. You never achieve your resolution, much less sustain the new behavior over time.

By contrast, habits with their automatic routines make up 40% of our daily activities, according to Dr. Wendy Wood, Professor of Psychology and Business at the University of Southern California who specializes in habits.

Since habits are already the workhorse of our daily life, why not adopt one or a couple more rather than consider hundreds of resolutions?

Show compassion for your brain! Learn the skill of building habits to help you successfully adopt and sustain valuable new behaviors.