How to avoid being a bad role model 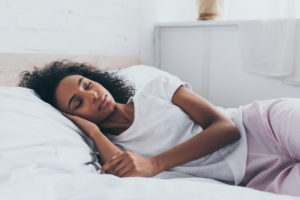 “How do you manage your packed schedule?” asked a magazine writer.

“The truth is I multi-task, and I don’t require much sleep,” the beverage industry leader responded.

Leaders who brag that they multi-task, get little sleep, and practice other bad habits, such as working hard rather than smart, don’t deserve our respect or even our attention. These leaders are a public nuisance because these actions are a danger to themselves and those around them.

If anyone wants to jeopardize their health and the quality of their thinking, that’s their choice. But these reckless leaders shouldn’t be role models for these practices. Nor should their enablers, including the media, revere them.

Yes, this viewpoint is harsh, but the stakes are high for them and others who ignore science.

Take the topic of sleep. According to brain researchers, we are in the midst of a public health crisis due to our lack of sleeping the doctor-recommended 7 to 8 hours a night.

Getting enough sleep is not indulgent or prudish behavior; it’s something we all need to ensure our good health, today and as we age. As described by the Centers for Disease Control and Prevention, the lack of sleep is linked to many chronic diseases and poor health conditions, such as heart disease, type 2 diabetes, obesity, and depression.

When we’re sleep deprived, we also increase our risk of making mistakes at work, getting into auto accidents, and saying things to loved ones and work colleagues we’ll regret later.

As the neurologist who treated my mother for her dementia warned my siblings and me, lack of sleep may also increase the risk of Alzheimer’s and other types of dementia. The research is showing that sleep deprivation boosts brain levels of the proteins that form toxic clumps in Alzheimer’s patients.

And if this weren’t enough damage, modest reductions in hours of sleep also are linked to increased feelings of social isolation and loneliness. For a helpful summary of all the adverse effects of sleep deprivation, check out this infographic from SleepStandards.

So how about getting more sleep, encouraging others to do so, and stopping the celebration of those who boast about needing little sleep?

As for multitasking, it’s a myth that you can focus your attention on two high-level thinking tasks at once and perform them both successfully. Instead, you’re “switchtasking” when you attempt to multitask and do two things at once, as Dave Crenshaw coined the term

Switchtasking involves quickly shifting back and forth between two or more tasks, which incurs high switching costs. This is the transition time of mental effort and energy that it takes to change your focus and move from one task to the other. Each task switch might waste only 1/10th of a second, but if you do a lot of switching in a day it can add up to a loss of 40% of your productivity, as explained in this Psychology Today article about the true cost of multitasking.

To say it another way, switchtasking (or multitasking as its aficionados prefer to call it) reduces your efficiency and performance because your prefrontal cortex (your brain’s executive function) can only focus on one thing at a time. Even worse, in addition to making you less efficient, switchtasking can lower your IQ.

It is possible to walk and chew gum at the same time, as well as drive and listen to an audio book, eat and talk with colleagues, and many other activities since you’re pairing one task that doesn’t require painstaking focus with another one that does.

As an example, be like Steve Jobs and invite a co-worker to a walking meeting where you can breathe fresh air, move your legs, and be more open to new ideas. But don’t plan on having a deep discussion on the basketball court while you’re dribbling and throwing a ball. (For more about how the science of walking meetings and how Steve Jobs used them so successfully, check out this Inc. article.)

It’s hard to be 100% good in a bad world, but if you want to perform well over time, you need to focus on working smarter, not just harder. That means acknowledging that your brain and body aren’t machines that can run 24/7 with limited maintenance. You need to rest and recharge in ways that support your unique brain and body.

During this holiday season, how about taking some time to re-focus, get enough sleep, and go outdoors even if the weather doesn’t seem ideal? You’ll still reap benefits, as this Trip Outside article explains.

Plus, you’ll feel better, think better, and serve as a good role model for people in all walks of life.