How my biased brain cost me time, money, and worse 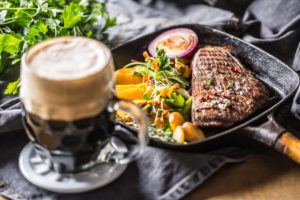 Back in December 2019 I made a bad decision that cost me money, time and my self-respect.

The consequences of my bad decision didn’t hit me until last fall.

This January I decided to take counter measures. And now in mid-March, I’ve extricated myself from the situation – poorer yet hopefully wiser. I’m now a proud ex-member of a private club in town. Not that I’m inherently against private organizations. However, I realized that this organization’s values, orientation and interests are not in sync with my own.

What happened? And why should you care?

Well, as one of my neuroscience professors was fond of saying, “If you have a brain, you’re biased.” That’s the human condition. And even when you think you may be acting wisely, you can fall into traps.

Case in point. As I was contemplating whether to join this club about 15 months ago, I overlooked three common biases:

1.Distance Bias — focusing on immediate concerns and solving for them rather than taking time to ponder the future.

For example, my husband had retired in late 2019 and I was worried about having to share my office space as well as our house with him during the day. Rather than take time to figure out if this concern would grow into a legitimate problem or if it did, what other ways we could manage sharing our space, I jumped at an immediate solution.

From my perspective, I loved the idea of having an optional place to work that was more office-like than a coffee shop and where I could invite clients. (Then the pandemic hit. After the lockdowns were lifted in late spring, our home felt much safer than an external venue that hosted events featuring dining and drinking.)

2. Expedience bias — rushing into action without doing my homework.

In retrospect, the lack of homework I did was embarrassing. Did I talk with current and former members? No. Instead, I met with the club’s membership director plus spoke to a couple of business associates who had just become members and were encouraging me to join. (And this was a self-imposed trap too — bowing to social pressure to fit in and belong with colleagues.)

Nor did I request to look at the club’s bylaws and other governing documents. When I finally got my hands on the bylaws after submitting my recognition last month, my stomach hurt. Compared with the bylaws I review, write and amend for my nonprofit clients, the club’s bylaws had several red flags that indicated this organization was not right for me and vice versa. The biggest red flag was that the club’s owner holds all the governance power, rather than sharing it with the board and the members, which is more typical today.

3.Confirmation bias — interpreting the minimal information I had as confirmation of what I wanted to believe.

Since the club’s membership director and my business associates spoke favorably about the club, I decided to join. My powers of observation and interpretation were so weak that I didn’t even notice the club’s favicon for its website until last fall. Under the club’s name is the descriptor “social club.” This was hardly the “business club” I had wished for. Belonging to a “social club” didn’t fit my identity, especially considering that I gave a talk last summer on  “How to live your best, nerdiest life in a party city.”

Now that I’m on the outside again and free of the club and its dues, am I truly wiser? Not necessarily since I’m a human with a brain that’s subject to bias.

Bias is a natural condition of the brain, and quite prevalent. The brain creates shortcuts based on our experiences to help us function easier and faster. As a result, we don’t have to be constantly expending brainpower and other energy to think critically for simple, routine tasks. More than 150 biases exist, according to the NeuroLeadership Institute. NLI’s research on bias has found that biases impact our thinking every day, both personally and professionally. We can’t get rid of bias, but we can work to mitigate the negative effects.

And may you mitigate better than I did!