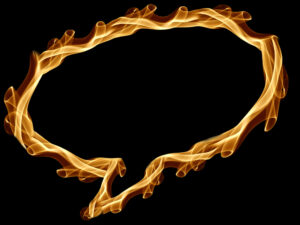 One summer six years ago, two individuals from different church groups contacted me several days apart. Both groups said they needed assistance dealing with an escalating conflict around meetings in their congregation.

As each individual described their situation, I found myself getting more confused.  The conditions sounded extremely convoluted and very different from the other.

Then once I asked more questions and started piecing the elements together, I confirmed that two opposing factions from the same church were requesting my help.

If Amanda Ripley’s new book High Conflict: Why We Get Trapped and How We Get Out had existed back then, I would have realized the church’s members were in the middle of “high conflict.”

“High conflict” is what happens “when discord distills into a good-versus-evil kind of feud, with an ‘us’ and a ‘them’,” describes Ripley, an investigative journalist who’s also a best-selling author.

After a while, the facts that lead to the dispute become fuzzy, based on her research and experience. And then the “conflict becomes its own reality and the normal rules of engagement no longer apply.”

Her description fit this situation perfectly! And while it’s unusual for one individual to work with both sides in such a heated dispute, I had esoteric expertise about meetings that everyone said they valued and respected. Plus, I was the only local resource with these credentials.

Back then, my first action was to clear the air, explaining to both individuals that each side had contacted me separately through my professional association. Second, I told them I was willing to help them, their fellow members and their church, provided they were committed to work with me and each other in a cooperative, transparent, and considerate manner.

They agreed and we got to work. After several intense weeks of listening, talking and exploring options with a number of individuals, we figured out what we thought would be a mutually acceptable course of action. To ratify it and start the healing process, the membership needed to gather and take a vote.

Because emotions were raw, we decided that I, as the impartial outside expert, would conduct the meeting, including overseeing the vote. My facilitating the meeting would signal to everyone that the process was fair, objective and even handed. And to everyone’s relief, especially mine, all went well.

After the meeting adjourned, several parishioners came over and thanked me for helping them get out of this mess. A couple of individuals also complimented me on my attention to details, including my dressing carefully for the occasion. In response to my puzzled expression, they said they appreciated that I was wearing a “black and white printed dress,” which to them showed my impartiality.

That dress could have been trouble, even though that wasn’t my intent. I realized later that others could have interpreted my dress as me accentuating the binary. In other words, my dress could have been highlighting the stark black and white differences between the two factions, rather than showcasing the shades of gray and nuances that also existed.

In high conflict situations, according to Ripley, it’s common to find up to four accelerants at play that contribute to a combustible situation, which makes it very hard to extricate yourself and put out the fire.

With this church, three accelerants were active:

Now that I’ve read Ripley’s book, I’ve got a deeper understanding of high conflict as well as better strategies to use in the future. Considering how much more polarized we’ve become over the past half-dozen years, I’m appreciating her guidance, especially around her advice to “complicate the narrative.”

To cultivate healthy conflict and keep it from spinning into high conflict, Ripley suggests showcasing the complexity of the situation. Don’t simplify it and definitely don’t divide it into two camps.

Instead, once you’ve listened to everyone and gathered all the facts and perspectives, “amplify the contradictions and nuances you’ve heard.” This helps accentuate all the complexity that exists, due to people and situations being complicated.

Once individuals become more aware of all the shades of gray, it’s harder for them to reduce the conflict to cardboard characters of good vs. evil. Then if you encourage people to get curious and ask questions to learn more about what’s going on, they can get a better appreciation of the conflict.

You may not change minds, but you can lower the heat on the conflict. That makes the conflict healthier and more bearable.

Are you willing to make the moves to get out of high conflict regardless of how you’re dressed?