Craving certainty during the holidays 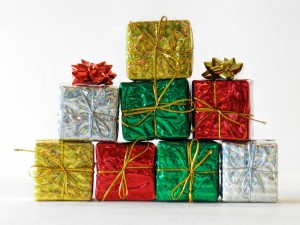 When my friend Connie lived on West 77th Street near Central Park West in New York City years ago, she threw one party a year.

Like clockwork, the party was always on the Wednesday evening before Thanksgiving in her tiny 10th floor apartment, and well worth attending—if you were in town.

Standing near the apartment windows, we guests watched the preparations for the Macy’s Thanksgiving Day Parade below.

As we sipped champagne and ate appetizers, the workers were inflating the signature big balloons for the parade the next morning. By party’s end, Snoopy, SpongeBob, Spiderman and others were flying outdoors at eye level to us.

This party was Connie’s way to reciprocate for all the party invitations she received during the year. She and her friends always knew that there was a good chance many of us couldn’t attend because we would have already started our Thanksgiving travels out of the area.

That was okay, because Connie was transparent, authentic and personal with us about her actions.

We all appreciated her making the effort because her apartment was such a prime location for participating in such a magical New York City experience. There were added bonuses too. Besides being such good company, she always served tasty drinks and food. Plus, we could stay warm and dry inside, which improved the viewing experience.

Connie enjoyed the “status” we bestowed upon her that night as our party host, as I think about the situation many years later from a brain perspective.

As for we guests who were able to attend the party, we appreciated the certainty knowing that we’d have fun, regardless of who turned up.

Just-in-time scheduling has become an out-of-control process, which reduces the certainty our brain craves.

Yes, we live and work in a fast-paced world that requires a level of agility.

However, the holidays are an annual event. You’d think leaders would be capable of planning for them.

Yet, so many leaders—especially those in retail—seem to be struggling to be transparent, authentic and personal in how they deal with customers and employees on scheduling…scheduling of flash sales, promotions, work schedules, etc.

The consequences of their actions are taking a toll, not only with customers and employees, but also suppliers and employees’ families. (Full disclosure: My dear husband works in retail and my brain hates the lack of certainty this time of year.)

For example, consider the disingenuousness nature of these leaders’ messages to their employees:

During the holiday season, retail workers don’t expect to control their schedules or much of anything else at work, but they at least want to know their schedule.

The holidays can be a stressful time anyway, without all of these scheduling snags. Employees don’t need their leaders creating more uncertainty for them.

What do employees need?

Leaders to empathize with employees and their situation. Empathy is supposed to come naturally to human beings, but research shows that the more powerful a person becomes, the more difficult it is to think about others.

Leaders also need to follow through on the actions that they say they want to do, such as treating employees as valued team players who deserve respect.

It’s a most wonderful time of the year…if you feel like you have some sense of certainty.

Are you giving others certainty this holiday season, or are you taking it from them?