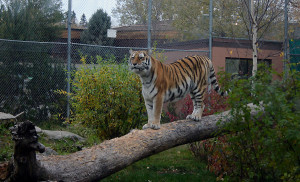 Culture is embedded in our brain.

This was one of many ah-ha’s in my applied neuroscience coursework through the Neuroleadership Institute.

While I knew that each person’s brain is different, I didn’t realize the extent to which brains from different cultures can process experiences differently.

With so many of us working on and with global teams, we need to be mindful that those from cultures other than ours may process the world differently than we do. We all may literally see different things, which influence how we work and interact with each other.

How can we turn this neural and cultural diversity into an advantage?

These three actions— involving our cognition, motivation and behavior—can help us deal with cultural diversity, as Linn Van Dyne, Soon Ang and David Livermore write about in their paper Cultural Intelligence: A Pathway for Leading in a Rapidly Globalizing World

As our VUCA (volatile, uncertain, complex and ambiguous) world gets flatter and more unpredictable, those who can embrace and bridge cultural diversity will not only survive, but thrive.

How are you approaching cultural diversity?