5 ways to power up and reenergize your change communication 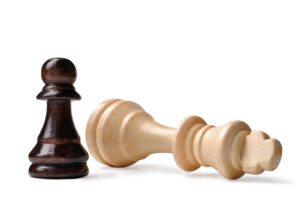 The story of the investment firm Engine No. 1 gaining three ExxonMobil board seats for their carefully selected candidates initially reminded me of the classic children’s book The Little Engine That Could.

If you remember the story, a little engine agrees to try to pull a long train over a high mountain after the train’s original engine breaks down. While the little engine strains as it works, it keeps repeating “I-think-I-can.” The little engine succeeds, thanks to its hard work and optimism.

The back story of the investment firm Engine No. 1 though is much more extensive,  educational and nuanced than the children’s book message. Last December, the two co-founders, Christopher James and Charles Penner, created a firm with the purpose of creating “long-term value by harnessing the power of capitalism.”

The co-founders also devised a sound change strategy to support their purpose. This change strategy also serves as a superb case study, especially for change communication, as you’ll soon read.

According to the Wall Street Journal, ExxonMobil was Engine No. 1’s first target and a logical choice for several reasons. A number of large ExxonMobil shareholders were annoyed with the company’s high capital spending, low returns and its refusal to engage in discussions. Plus, Exxon was a familiar name to investors of all sizes.

As I read more of the news reports about “David fighting Goliath,” I noted that James in the role of David had identified specific goals. He was focused on altering the big energy company’s governance structure and addressing the high debt levels as well as the decreasing returns while simultaneously preparing for a low-carbon future. Plus he and Penner wanted to shake up ExxonMobil’s insular culture.

To meet these goals, James designed a clear, compelling, customer-centric change communication strategy. The “customers” were primarily Exxon’s three largest shareholders, BlackRock, Vanguard and State Street, which accounted for nearly 20 percent of the voting shares, according to the New York Times. These money managers traditionally support the company’s management, in this case ExxonMobil. However, the Engine No. 1 team through their Reenergize Exxon campaign was able to persuade these large shareholders to act differently.

Even though Reenergize Exxon was designed for a specific company and industry, I noticed five change communication lessons that can be valuable for a range of situations.

Shareholders did respond: Three of the four Engine No. 1 board candidates were elected.

And the new, small and nimble investment firm Engine No. 1 has demonstrated its power as the “little engine that could” to make change.

How can you apply these lessons as is or adjuted to your change initiatives?