5 skills to steal from auctioneers 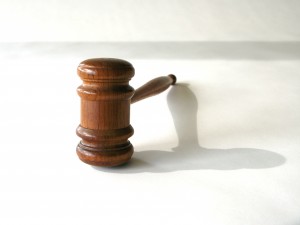 The live charity auction I participated in last week made me appreciate skilled auctioneers and the value they bring.

The actions of the auctioneer Lenny Broberg provided several teachable moments as he conducted the “Key to the Cure” Auction for two Bay Area arthritis groups at a San Francisco hotel ballroom.

In particular, five skills that Broberg demonstrated are great crossover talents for leaders, especially those who are implementing strategic initiatives.

1.  High energy. He demonstrated enthusiasm for the cause, his craft and the people in the room, who were primarily women. He appeared genuinely glad to be with us, which was infectious. (He also made jokes about the civility in the room compared to the street gangs he encounters in his usual line of work as a San Francisco policeman.) Granted, this high energy level would be challenging to maintain for long periods, and would actually be inappropriate at times. Still, when leaders show excitement, it’s contagious for those around them.

2. Stakeholder involvement. Immediately upon taking the stage, Broberg explained what his role was and how he expected us to participate. It was clear that he wanted us to get into the thick of the bidding, rather than be spectators on the sidelines. And as the first bidders held up their paddles, he recognized and thanked them and encouraged more of us to join along. While the whole point of an auction is to get people bidding and those in attendance know it, it’s still helpful for the auctioneer to encourage participation. Now contrast that to organizational settings cloaked in ambiguity. It’s even more important for leaders to describe how others can get involved and take action.

3.  Sense of urgency. With the speed of his voice, Broberg encouraged us to get behind this important cause and make our donations now. When the bidding slowed, he reminded us of the story of the previous speaker, a young teenager afflicted with arthritis who gets relief from participating in the summer camps for children with arthritis. The teenager was still on stage with Broberg, so we had a visual reminder of the goal, which also helped with clarity—which deserves its own point.

4.  Clarity. Using the auctioneer’s chant, which is a rhythmic repetition of numbers and filler words, Broberg kept reinforcing the dollar amount of the bids he was currently accepting. This helped us keep our paddles in check, knowing whether to show or hold. Clarity like this isn’t as feasible in organizations; however, we can do more to avoid chaos, especially self-inflicted confusion.

5.  Results. In a relatively short time, the auctioneer also got results. Thanks to the participation from the women in the room, his auctioneering was able to raise several thousand dollars, probably not too far south of six figures. Yes, the auctioneer’s task was short and simple, and easy to count the outcomes, which doesn’t always translate to organizations. Nonetheless, most of us can take better steps to measure what we’re doing and share results. Knowing how we’re doing against our goals is very satisfying and motivating.

Broberg’s auctioneering was performance art that pulled on our heartstrings, yet was extremely effective for the situation.

If you think the opinions presented here are over the top for improving the implementation of strategic initiatives, think again.

We can learn leadership lessons from completely different fields, such as jazz and improv as well as auctions. These unconventional teachings can improve our actions.

And as my late college classmate Dick Gallagher and his collaborators advised in the song “Over the Top” for the review When Pigs Fly, “when you give your all to your dream, make sure it’s the cream of the crop.”

What nontraditional learnings can you share for the good of strategic initiatives?