3 ways to be clearer and more inclusive in written communications 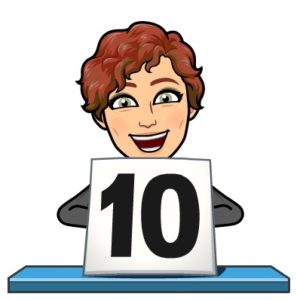 All three are relaxed writing styles that we should embrace in formal employee communications to improve clarity and inclusiveness.

If you’re leery about being too casual, think again. At least 1 general counsel is easing grammar rules in her organization to be more inclusive and clearer.

And it makes sense, especially when so many of us speed-read through the volumes of written communications coming our way. Researchers have noted a trade-off between speed and accuracy (retention) in online reading since 2002.

Now it’s even harder to fully comprehend what we read online. Mobile devices with their tinier screens are the preferred format for many of us. Plus, we’re reading in settings, such as meeting rooms, cafeteria lines, elevators, etc. where it’s easy to be distracted.

At a meeting last week, my client’s top lawyer gave her blessing to use “they” as a singular personal pronoun in a legal document we were reviewing.

The AP Stylebook, which the Washington Post refers to as “arguably the foremost arbiter of grammar and word choice in journalism,” has her back. Almost two years ago, the Associated Press Stylebook added “they” as an acceptable singular, gender-neutral pronoun.

Societal changes pushed the adoption. Individuals were using “they” as singular in their speech. And people who don’t identify as a “he” or “she” were needing a pronoun that referred to their gender-neutral status.

While there are often ways to write around using a pronoun, it isn’t always practical, which is why the change is helpful.

Using “they” was my client’s 2nd push to move the legal writing boundaries. She volunteered that she instructed the outside legal staff to draft the official documents with all numbers represented as Arabic numerals, not words.

This resulted in 2 changes. The documents use numbers for 0 through 9, which are usually spelled out as zero through nine. Plus 1 more change: no words as numbers. In other words, the document refers to “30” as “30,” not the usual “(30) thirty.” And yes, the legal document is much easier to read and understand.

No emojis are in the legal documents – yet.

Emojis, bitmojis, and GIFS deserve a place in other formal communications, especially work email. After all, workers of all ages use these visual images in texts, personal emails, and group communication platforms such as Slack.

As Nick Morgan explains in his recent Wall Street Journal article, It’s Time to Add Some 😃 to Your Office Email, emojis have graduated beyond being seen as childish or silly after becoming so popular over the past decade,

Instead, emojis play an important role in adding more nuance to written communication, especially email. According to Morgan, emojis serve as a form of body language – an alternative to the colleague’s smile, thumbs up, or eyes rolling that we see in the real world.

Using words alone to explain what we mean isn’t as effective as we think it is. In this series of 2005 studies, Egocentrism Over E-Mail: Can We Communicate as Well as We Think?, researchers from several universities showed how hard it is to convey emotion and tone over email when you can’t rely on cues such as gestures and voice intonation.

In the studies, the readers of the emails weren’t able to detect most of the intended sarcasm and humor of the writers, which led to misunderstandings.

With emojis so easily available now, you can use them to enhance your virtual communication and at least signify deeper meanings than the words on the screen.

Emojis won’t solve the many communication mishaps we experience. Yet they and other changes can help us evolve the way we try to express ourselves and understand each other. And here’s hoping we get better, not just older, at communicating.