3 questions to add to your change management toolkit 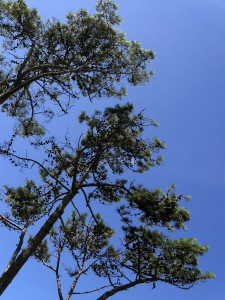 Want people to pay attention to your project? Even better, want them to do something so you can achieve your goals?

If so, ask yourself these three questions before you open your mouth or poise your fingers above a keyboard:

By doing so, you’ll swiftly move to the core of the matter and save time for yourself and the individuals whose behavior you need to change. Plus, you’ll cut information clutter for everyone.

These three questions are so powerful that they form the heart of my LEAN COMMUNICATIONS® 3-Step Communications Planning Tool, which I designed primarily for non-communicators to use quickly and effectively.

Here’s an example of how these questions work, based on a recent client project.

What? The burning issue for a global travel department was to improve compliance with its travel and expense policy. The internal audit team, which had recently reviewed expense reports, shared their passion. Both groups were concerned that if they did nothing, their fast-growing employer risked not only higher costs, but also reputational hazards. For instance, if the situation got out of control, executives would have a lot of explaining to do to the board of directors and stakeholders, as well as to the public.

So what? Yet, ambivalence reigned elsewhere in the company on this topic. And why not? The data showed that the vast majority of employees were adhering to the policy and filing accurate claims. The Executive Committee members should care though, especially since their reputation could be on the line if the few bad apples started rotting and bringing others down with them.

Now what? Based on my recommendation, we targeted the leaders, especially those with employees who were ignoring aspects of the travel and expense policy, as the key stakeholders for the communication. We set up conversations with them to explain the importance of being good corporate citizens, especially around company expenses. Since they as well as their employees are proud to be affiliated with the company, this message resonated well. We also provided the leaders with messages and tools that they could use as is or tailor with their employees, recognizing that employees would listen more to their leaders than to the global travel department.

We also trained the customer service team to reach out to employees who might be misunderstanding or not following the policy to help them do the right thing, again stressing the importance of being good corporate citizens. We wanted to avoid playing “gotcha” so employees wouldn’t think we were setting them up to fail and foot the bill for extra expenses.

As for everyone else, we were transparent but we didn’t delve into details with the project. It was just TMI—too much information.

Initially, the project team members had wanted to broadcast all the fine points about their project to everyone. However, after asking the three questions, they saw the value in engaging only with those who needed to change their ways.

As a result, they increased compliance without any backlash or disruption.

So take time to ask these three questions. They’ll help you spare the air and be a clear, credible communicator who gets results.

What will you do differently when you ask these three questions?