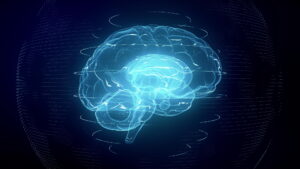 My latest on-the-job learning? Unlearning a prevalent decade-old concept used in my coaching and consulting practice.

And I started the unlearning while writing this blog! Not intentionally, but as a consequence of the need to rewire my leadership mindset to adapt to changing circumstances and new information.

How did this happen? Well, for several weeks I’ve been wondering whether the growing popularity of the “rental economy” has affected “the pronoun test.” This is the simple diagnostic tool created in the early 1990’s to gauge organizational engagement.

Today, renting remains a hot trend. Why buy and own when you can rent and replace? Consider how we now stream movies and music rather than buy DVDs and CDs. We rent clothes, purses, and sneakers from the runway. Some of us share cars with each other.

Renting requires less money upfront. And renting offers the enjoyment of goods and services with fewer headaches. You also can experience a sense of freedom, flexibility, and a level of predictability.

How does this shift from ownership to renting affect us in other ways, especially with our language and our use of first-person pronouns? More than I had assumed, which caused me to start “unlearning” and rewiring my leadership mindset, including being vulnerable with you, my dear readers.

The “pronoun test” is based on the extent to which individuals use first-person pronouns. Robert Reich, the US Labor Secretary in the Clinton Administration and now a professor at the University of California, Berkeley, created this simple diagnostic tool for assessing organizational health in the early 1990’s. Best-selling author Dan Pink (and former special assistant to Labor Secretary Reich) popularized the pronoun test in his blockbuster book Drive: The Surprising Truth About What Motivates Us.

Traditionally, here’s how you used the test. You listened carefully to the pronouns people used when talking about work.

The implications were that as a leader you’d be better prepared and positioned in this case to introduce changes in your organization because people are involved and willing to step up and take appropriate action.

By contrast, if you heard more third-person pronouns, such as “they” and “them,” you had a different and more challenging situation on your hands. People were sitting on the sidelines. And more extreme, they may view themselves as renters, not owners. Reich went farther and said that “they” suggests “at least some amount of disengagement and perhaps even alienation.”

So how relevant is this pronoun test today, especially with current trends? It’s not just that renting is as acceptable as ownership with some individuals. It’s also the heightened awareness of asking about and using gender pronouns as a way to demonstrate support and inclusion for others. (However, this practice can also have the opposite effect as M.J. Murphy writes in the Medium essay “No, You Can’t Have My Pronouns!”)

As I was contemplating these questions, I discovered a 2017 research paper, Can Pronouns Predict Work Intentions? An Empirical Assessment of The Reich Test by Robert W. Lion of Idaho State University and Drea Zigarmi of the Ken Blanchard Companies. In their findings, the authors challenge Reich’s pronoun test as as being too simplistic to be accurate and reliable.

So while I’ve been a proponent of the pronoun test along with some of my clients, I’m now “unlearning” it, primarily based on this research. Plus, all the noise around renting vs. owning and pronouns makes the decision easier to stop using the test. And I’m dealing with being vulnerable about my past actions. For instance, I’m asking: What damage have I caused using this tool? Was I too slow taking accountability? What else do I need to take responsibility for, especially as I unlearn what I’ve been doing?

And my other lesson? This is another example of how knowledge is like milk. Knowledge too can have an expiration date, which is why we constantly need to rewire our leadership mindset and be loud and proud about it. And thanks to neuroplasticity, our brain’s neurons and neural network can change their connections and behavior to respond to new information.

What have you’ve learned that’s now out-of-date for which you need to rewire your mindset?