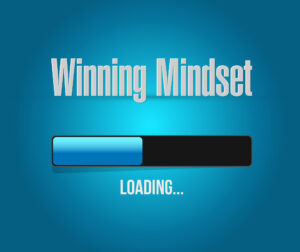 Bashing big tech has become a popular sport these days. While tech is not perfect, could you give it up, especially for work?

Over the past 30 years, tech has transformed the way we work in many productive ways, including increased flexibility, collaboration, modifications. Thanks to video calls, cloud storage, email, and other innovations, we can easily work from anywhere, involving others, and making changes in the moment.

Tech leaders have made a positive impact on the field of leadership development too. For example, someday the late Apple CEO Steve Jobs may be known as much for his walking meetings as his imprint on Apple and its devices. Research now shows walking meetings provide health benefits, spark creativity, and create stronger connections between walking partners.

Researchers at Google through Project Aristotle unlocked five keys that teams need to achieve success for the overall team and the individual members.

And then there’s Microsoft’s stunning transformation led by CEO Satya Nadella who claims that the “C” in “CEO” stands for culture. Ever since he got the top job in 2014, he’s been encouraging employees to adopt a culture of curiosity and learning. Through role modeling, education, practice, and support, he and his leaders have fostered and embraced a “learn-it-all” mindset to replace the company’s traditional “know-it-all” worldview.

As this growth mindset has taken root within the company over the past few years, employees have dramatically changed their behavior. They’ve moved away from internal and external competition toward cooperation and have increased their pace of innovation. The company has become a more open, collaborative, and humble player with other tech companies – its major competitors – as well as with consumers.

And financial success has followed. In less than eight years since Nadella became CEO, Microsoft’s market capitalization has increased from $300 billion to about $2.5 trillion while changing its identity from “Evil Empire” to “Cool Kid,” as reported by Fortune.

Microsoft employees and Wall Street aren’t the only ones commending the CEO for his leadership prowess. We neuroscience geeks are impressed with how the Microsoft CEO and his team have used Carol Dweck’s ground-breaking work around growth mindset and other neuroscience concepts to help employees at all levels use their brains for better, healthier thinking and mental processing.

For example, consider the language that leaders now speak. The CEO, his executive team, the HR team and the communication team all express big ideas with a few plain yet powerful words. At Microsoft, simple inspiring language rather than business gobbledygook rules!

Just look at these five examples of Microsoft company principles that each feature three big ideas:

The advantages of limiting principles to three big ideas are many, including:

Granted, agreeing to just three big ideas can be hard work. And it can be even tougher to decide on the most concise, compelling and memorable phrases that capture your big ideas. But everyone’s brain will thank you for making the effort.

So the next time you’re creating something, take a breath, take a beat, and take the time to name its essence. Will you do that?