Why and how to comply with the Platinum Rule 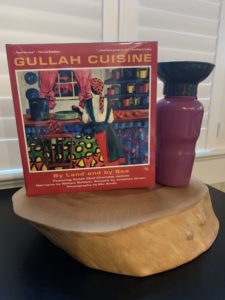 The Golden Rule is king in my household, which is a stark contrast to what I encourage my clients to do.

For my clients and myself, I prefer the Platinum Rule – do unto others as they like to be treated.

When you follow the Platinum Rule, you show respect, thoughtfulness, and empathy toward others. To say it another way, you’re putting others ahead of yourself, which signals that you’re a kind, caring and considerate human being.

By contrast, the Golden Rule is doing to others what you would have them do to you.

The difference is that to apply the Platinum Rule, you need to get to know and understand others as the unique humans they are. That way you can personalize the way you respond to people, rather than follow a basic empathy playbook.

The Platinum Rule can be hard to use well, even with good intentions. If you don’t know the individual well or you just met them, you can miss the mark. Or, if you don’t read the person’s signals correctly or you misinterpret them, you also can find yourself in a mess.

That happened to me this past summer, when I finally realized that a potential new client and I had opposing communication styles, and I wasn’t able to flex enough to serve him well. To say it another way, the road to my good intentions was paved with hell.

What was my fresh hell? The potential new client worked in tech in the Bay Area and liked to pick up the phone and call me toward the end of his workday, which was my evening or even night on the East Coast. With the time difference, most of his calls went into my voicemail.

When I listened to his voice messages in the morning, I emailed him back because it seemed too early to call.

But I didn’t notice that he never emailed me, not even in response to my emails — until he stopped calling and also stopped answering his cellphone and returning voice messages.

Maybe if I had identified the signals earlier and used the Platinum Rule, I could have picked up a new client, but this budding working relationship wasn’t able to take root.

In this situation, our communication preferences were strong habits, which made applying the Platinum Rule less of a nicety and more a requirement for his business.

Other preferences may not be as deeply rooted. And people may be more inclined to give you the benefit of the doubt, especially if they appreciate you recognizing them.

Take the topic of celebrations and gifts. For example, most of us want to be considerate. We don’t want to intentionally buy chocolates for a diabetic, a bottle of wine for a non-drinker, or a Starbucks gift card for someone who favors locally owned coffee shops.

However, we may err because we don’t know the individuals we’re acknowledging as well as we could.

And to practice the Platinum Rule, it helps to be aware of what your co-workers value, like, dislike and prefer in a range of situations. Plus, it’s also helpful to know what your co-workers think, feel, and do. When you take all of these elements into consideration, you’re able to tailor your response and follow the Platinum Rule. For more, check out How empathetic are you really? and three ways to be sincere, genuine and empathetic.

So if the Platinum Rule is so powerful, why does the Golden Rule remain popular in my household?

Well, the Golden Rule is the path of least resistance. We know it, it’s easy to use and probably most important, it scratches an itch – for the individual using the rule.

Take my birthday a couple of months ago. One of my gifts from my dear husband was a cookbook. Yes, he remembered my birthday; however, I don’t cook. He does.

Another gift – from the dog but selected by my dear husband – was a clever water bowl, also pictured above. But the dog refuses to use bowls on our walks now that he’s learned to drink from a bottle.

As I was lamenting about this situation to a couple of friends, they told me about back in the day, they both used to buy their mother record albums of music they liked. They acknowledged their respective mothers had probably never even heard of the bands before they opened their gifts. But their mothers were good sports, listened to the records, and then told their children to take their music to their room.

With my husband’s birthday coming up in about a month, I was planning to use the Golden Rule on him next. But he beat me to the punch and requested a special gift — a portable pizza oven that runs on propane. I agreed as I’ll benefit from the delicious pizzas he’ll bake.

The upshot? While the Platinum Rule is powerful, the Golden Rule is not going anywhere.

What are you practicing these day?