How inclusive leaders accept and encourage employees for who they are 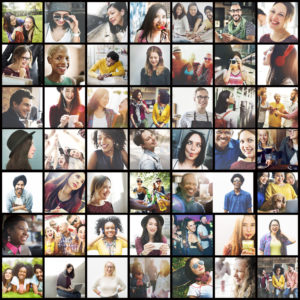 Inclusion affects everyone. That’s one of the reasons why it’s top of mind today for many leaders.

For example, when a team member doesn’t feel intentionally included in a group setting, they’re likely to feel excluded. That feeling can contribute to the individual experiencing social pain, which can feel as bad as physical pain and adversely affect performance.

Another facet of inclusion isn’t addressed as much, yet it’s also extremely common. In this case, an individual withholds a part (or parts) of their identity to fit in better with their workgroup. This hurts performance too.

This act of toning down or hiding certain aspects of who you are is called “covering.” About 50% to 60% of employees are estimated to cover at least one part of who they are, according to Deloitte’s report Uncovering Talent: A New Model of Inclusion.

Covering is draining as it takes extensive energy and effort for individuals to suppress their authentic self, especially when they’re worried about being stigmatized or facing repercussions.

No one is immune to inclusion or covering because of the human desire to fit in and belong. The same Deloitte research says 45% of straight, white men report covering at least one aspect of their identity.

The NYU School of Law Professor and Director of the Center for Diversity, Inclusion and Belonging, Kenji Yoshino, who wrote the book Covering: The Hidden Assault on Our Civil Rights, has identified four types of covering strategies.The four categories are appearance, association, advocacy, and affiliation.

For example, you may adjust your clothes, hair, mannerisms, or word choice to fit in. Or you may resist talking about an aspect of your identity, such as your children if you’re a mother. That could reduce your risk of being considered less committed to work. Or, if you’re LGBTQ+, you might not name  your same-sex partner.

Other examples are downplaying the fact you were in the military or hiding a potentially debilitating medical condition. The latter could extend to other family members, such as not talking about a parent with dementia or another hereditary condition. After all, coworkers could start watching you to show symptoms, right?

Knowing you need to be more inclusive is much easier than acting in an inclusive manner.

So what actions can you take to help people feel a sense of belonging and willing to bring their true selves to work?

You’ve got to respect every person as the unique individual they are. Plus you need to build trust, including psychological safety, among all group members.

Harvard University Professor Amy Edmondson and author of The Fearless Organization defines psychological safety as “a shared belief that the team is safe for interpersonal risk taking.” When team members feel safe and trusted, they are comfortable about speaking up to share their ideas and challenge others. They also are confident that team members, their team lead, boss, or anyone else, will not judge them harshly, or take punitive action against them when they voice a concern, share a contrarian opinion or dissent.

And ideally speaking up also means team members will amplify others’ voices as well as advocate for their colleagues when someone inside or outside the team may make critical or other insensitive comments or actions. By speaking up, team members support their team members and the values of the team and organization.

However, psychological safety isn’t enough to ensure an inclusive culture. Some individuals may still feel the need to self-censor and not bring their full self to work. That’s why having explicit values around inclusion are important too, especially when inclusive leaders role model those values.

For example, inclusive leaders can strengthen connections and build trust by telling their personal story and encouraging all team members to do the same. When everyone knows each other’s life story, individuals increase their understanding and acceptance of each other.

Providing a safe environment that values inclusiveness requires constant attention. It’s never a “one and done” activity especially since our human default mode is to look for threats, both perceived and real.

Instead, inclusive leaders and team members need to pay continuous close attention to their surroundings and colleagues. This helps detect increasing stress, conflicts, and other potential problems. It also allows everyone to react quickly and sincerely to deliver customized signals that show you genuinely care for your fellow human beings. And that everyone can trust and rely on their team members.

How are you practicing being more inclusive?